Who is better? Male or Female Boss 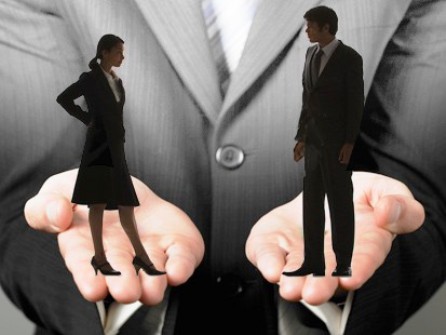 Who is better? Male or Female Boss
The very significant increase in female bosses in many parts of the world has given life to the debate on which of them is preferable to workers: female or male bosses.

With the advent of the President Goodluck Jonathan administration, there has been a surge in the number of female bosses in the Ministries, Departments and Agencies.

In the same story, Catherine Uju Ifejika, chairman and chief executive of the Britannia U Group, a group of oil and gas companies joked, “You men, you don’t even know how to boil water or where the children’s school uniforms are.”
“We are able to hold your homes together, and we are beginning to translate that into boardroom jobs, and then owning companies. In six years I have formed seven companies.”

So you don’t say anymore that “the female bosses are coming”. They are here.
In the US, about 4.2 percent of the country’s largest public corporations are now led by women, who also make up 14 percent of top officers in corporate America and 18 percent of board seats.

Interestingly, delivery is not the key issue in this raging debate that started some 20 years ago, but the relationship of female bosses and their staff members – down to the cleaner. Although there cannot be a justifiable generalization, the pedigree and competence of women like Okonjo-Iweala cannot be in doubt.

For years, bosses have been known to be men. Even today when you talk about a boss without mentioning names the presumption is that he is a male boss.

Ifejika says 70% of her staff are men, “and they’re not used to having a woman as a chairman or chief executive – a woman, a black woman, a black African woman.”

Research
In the last 20 years or so, researches and books have been looking at the distinct behaviours and skills that women bring to the workplace.

For a female leader’s communication skills, he continues, the studies often include the following: acts spontaneous, asks questions, coaches, teaches, and is assertive. Their voices are soft to midrange in loudness, and they speak with compassion.

The feminine leadership style is interpersonal, nurturing, flexible, and interconnected, meaning that it networks in all directions with others to achieve a company’s goals.

Boss Plus
Sally Helgesen, author of The Female Advantage (1990) and The Web of Inclusion (1995) refers to interconnectedness as a web and contrasts it with a masculine style of hierarchy that focuses only on the vertical ranks in the organization. The web is created in such a way that all employees may contribute and discuss ideas, and it takes advantage of the talents each person brings. Creating and using a web style of management builds on a woman leader’s flexibility and personal interaction skills.

There is one particular quality of female bosses delight in. They call it Boss Plus. They say when a woman is the boss, she does the usual job activities just as a competent male boss would do, plus she has a genuine concern for her employees’ well-being inside and outside of work.

Female bosses preferable?
Not quite! Studies and my personal investigation in Nigeria, show that despite the nice qualities above, many workers are more comfortable with the status quo – male bosses.

In the US a recent list of the 50 most likable CEOs from jobs community Glassdoor, culled from employee surveys, includes only two women–Yahoo’s Mayer and Victoria’s Secret’s Sharen Turney–and they are in the bottom half of the list. Also some important female bosses made headline news for wrong reasons. For example, Jill Abramson was fired in May, 2014 as Executive Editor of the New York Times partly over her stormy relationship with her subordinates.

In explaining Abramson’s termination, her boss, New York Times publisher Arthur Sulzberger Jr., explained in a statement that: “During her tenure, I heard repeatedly from her newsroom colleagues, women and men, about a series of issues, including arbitrary decision-making, a failure to consult and bring colleagues with her, inadequate communication and the public mistreatment of colleagues…she had lost the support of her masthead colleagues and could not win it back.”

More generally, a 2011 survey by the American Management Association found that 95 percent of 1,000 working women polled believe they were undermined by another woman at some point in their career.

Question. But why do female bosses get the rap?

The opposition against female bosses
A reader sent added confirmation of female bosses’ rap in last week’s piece. He/she recalled that, “In 1985 at the end of the UNITED NATION INTERNATIONAL DECADE for women Ms GOLD ORUH then of NTA did a programme in which she asked many women who they will prefer as boss between a man and a woman? Most of the women interviewed preferred male bosses.”

Reasons for the rap
There are reasons why women seem to get the rap. In a male-dominated society, where some people even come from cultures where a woman is not supposed to be seen or where her she belongs to the kitchen, it is difficult to believe that a female is the boss over many men, and women.

I have heard some angry male workers protest against perceived “oppression” of their female bosses by comparing them to their wives at home. I have heard men say, “I have your kind of woman at home,” to their bosses or said behind their bosses.

Leadership qualities are not gender-biased. In boardrooms, leaders, irrespective of sex, have set targets to achieve with the mobilization of staff towards a clearly-defined vision. Unfortunately, when female bosses show leadership qualities like strength, vision and assertiveness, they are accused of ruthlessness and disrespect. The men expect assertiveness of their female bosses to come with apology.

All professional women find themselves walking a tightrope between masculinity and femininity, and when people choose different approaches to how they walk the tightrope, conflict often breaks out. As a result of a certain level of bias, women need to provide more evidence of competence than men

Experts has discovered that women who act like their male counterparts in leadership positions are more prone to being disliked and cause stressful situations at work. They cite Hillary Clinton’s competitive style as an example. They said Senator Clinton was ill-advised in not being “herself,” particularly during the beginning of her campaign. Others say it was too late when she started showing her more human side.

For women to succeed, they have to be different, extraordinary, and not too emotional; that is, not “too feminine.” At the same time, women also need to be relatable and likeable.

This is suggestive of the stereotyping female bosses suffer. Research, including a 2011 study published in the journal Psychological Science, shows that women are held to different professional standards and that being a “tough boss” means something different for women than it does for men. Standards of behavior are uneven.

According to Gabriela Cora, an expert on the subject, a woman in power struggles constantly with finding an agreeable midpoint: her bosses, employees, or colleagues will call her aggressive when she’s asserting herself. Others will find her style robotic when she’s just focusing on the points she needs to address in an objective way.

Assertiveness, strategic approaches, and focused actions have been leadership qualities that are more traditionally attributed to males. Instead, many people feel more comfortable around women with a more traditionally female-style: a woman who smiles and mediates discord, a woman who will back off and never come off too strong in an argument, even if her point remains vague, or a woman who will show her sensitivity and seem to empathize with everyone’s feelings in spite of not getting the job done.

Obama vs Clinton
Cora made an interesting comparison of Hillary Clinton and Barack Obama to drive her point home. When both of them were vying for nomination to contest the presidential elections, Hillary seemed to have more traditionally male traits whereas Barack showed more of the traditionally female qualities. While Hillary Clinton exerts strong leadership characteristics, if she were a male, few people would question her leadership attributes.

“Instead, Barack Obama seems to be liked because of his charm as he tries to bring people together, avoiding confrontations, being vague in making some decisions, addressing the togetherness rather than the core issues. Interestingly, though, would people wonder about Hillary‘s leadership in the same way if she were a man?

“On the other hand, if Obama were a female candidate with the same characteristics, would people see him as a strong leader? Would the country see him as someone who can make his own decisions without paying back all the political favors of his supporters and hold his own convictions?”

There are bad bosses
Complex! It is fair to conclude that all female bosses walk a tightrope between masculinity and femininity, and when people choose different approaches to how they walk the tightrope, conflict often breaks out.