Why Mothers-in-Law Interfere with Marriages 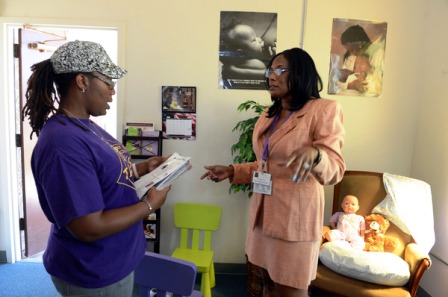 Why Mothers-in-law interfere with marriages

There is an interesting debate one who between the two, the father-in-law, or the mother-in-law, is more intrusive in marriages. We may join the debate much later, but two basic facts are obvious.
One: Parents don’t stop parenting. Long after their kids have gone into marriage, the parenting instinct remains active. The feeling to oversee the well-being of their kids remains alive, with the strong tendency for them to blame the man or woman who married from their home for everything that goes wrong. Nothing the husband or wife ever does is good enough for their child because only they could possibly know what they need and want. After all, they raised him/her.

As someone said, “every argument that they hear of is immediately the husband’s or wife’s fault because their job is to protect their child at all cost.”

Two: As we noted last week, “when two people decide to marry, each makes a pledge that the other will be the most important person in their life. ‘ You’re the one’ and ‘You come first’ are common phrases that seal this promise. And so we expect that our partner will be on our side when the going gets rough.

“Couples may fight between themselves, over big things and small, but we expect a partner to stick up for us when someone else threatens us, criticizes us, makes us feel bad.”

Effective domestic intelligence, therefore, involves proper understanding of these issues. It is common observation, emphsised by the popularity of songs like “Sweet Mother”, that maternal relationship with kids is stronger than paternal relationship.

Mothers love their kids and feel their pain – perceived or real. Would that be the reason they become monsters-in-law? Many experts have tried to explain this phenomenon, but the one I find compelling is this by Elaine Sihera, an emotional health adviser. The reasons are so cogent that I have left them unedited. Great stuff!

First, the mother’s interference is an attempt to cope with the empty nest syndrome by remaining as visible as possible in their children’s lives. When siblings leave the home to start lives of their own, it is often a time of deep sorrow for parents, especially mothers. Their role immediately changes from that of being active protector, guardian and mentor to a detached onlooker, sought only when needed. This can be rather emotionally traumatic and excluding for some parents. It is often a difficult time of transition as they are not quite sure of the new role they should adopt, or their value to the newly weds. To keep that value intact, they begin to interfere through unsolicited advice, criticisms or observations, believing that to be the best way of maintaining their ‘usefulness’. 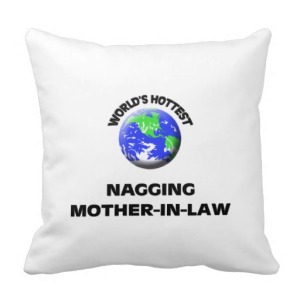 Second is their desire to continue to exercise control. Some parents are very controlling and find it really hard to let go. They always see their children as ‘children’, never grown up, or mature enough to make their own decisions. They believe they have to make the decisions for them, and really find it hard to accept their kids’ new status of having a life of their own. The desire to still be the protector and guardian overrides their tact and common sense. Instead they seek every opportunity to have an input in their children’s lives, no matter what damage they might be causing. Control also comes from a desire to have everything done ‘perfectly’ and perfection means just one way of doing things: the mother’s. That’s the way the mother did it, have always done it and, if her children does it differently, they are regarded as not knowing what they are doing and need her ‘help’. It doesn’t seem to matter if those kids wish to do things their way. With perfectionists, only the mother’s way counts and that’s most important to a controlling mother.

Third is to compete with their children in order to maintain their status and identity. Having a family gives a woman status, and value, especially for those who stay at home to look after their family. That is the only role they know. Take that away and there is a loss of value, of identity and a feeling of being insignificant and unwanted. Interfering in their children’s marriages keep that value, makes them feel useful and involved and maintain their sense of purpose.

Fourth, to stave off loneliness. Mothers are more emotional and outgoing than fathers. They really miss their kids when they leave home. The sense of loneliness, of being on the outside looking in, can often feel bewildering and isolating. Mothers try to avoid that feeling of being on the outside by making themselves useful to the couple, especially with unwanted advice and their unwelcome presence.

Finally, when they are unhappy with their children’s choice of mates. By keeping anchored to the marriage in some way they believe they will ultimately influence its direction. Many might secretly hope that their son or daughter will eventually ‘see sense’ and ditch the partner and might even deliberately give input or advice to aid this wish. They are likely to feel they are protecting their child from this person who is certainly not suitable. By constantly interfering it keeps them involved and playing the role of much needed protector, as well as being available ‘in case anything happens’.